For decades, San Marino has taken pride in its public schools. Since the District was founded in 1951, the students of San Marino have benefited from some of the best educational opportunities in the state. The whole community, including teachers, administrators, parents, and students, have made sure that SMUSD continues to create an educationally rich and rewarding environment.

Two main political events turned public school funding methods in California upside down – Prop 13 in 1978 and the passing of the Local Control Funding Formula in 2013.

Prop 13 changed the property tax structure and fund distribution in the state of California. San Marino property taxes no longer get returned to San Marino; instead, all tax revenues were shifted from the local to the state level. Due to this, SMUSD was left to deal with a whole new funding structure forcing San Marino schools to rely on state funding instead of local property taxes.

The Local Control Funding Formula (LCFF), passed in 2013, calculates state funding to Districts based on a specific student enrollment criterion which includes students enrolled in a free/reduced lunch program, students in foster youth programs, and/or students who are English Language learners. Districts with higher enrollment levels of students who fall into one of these three categories receive higher state funding levels, which is why San Marino schools get some of the lowest funding in the state.

Because of these two funding policies, SMSUD relies heavily on parent and community support. Since 1980, the San Marino Schools Foundation has raised over $52 million for SMUSD that goes directly to closing this state funding gap. 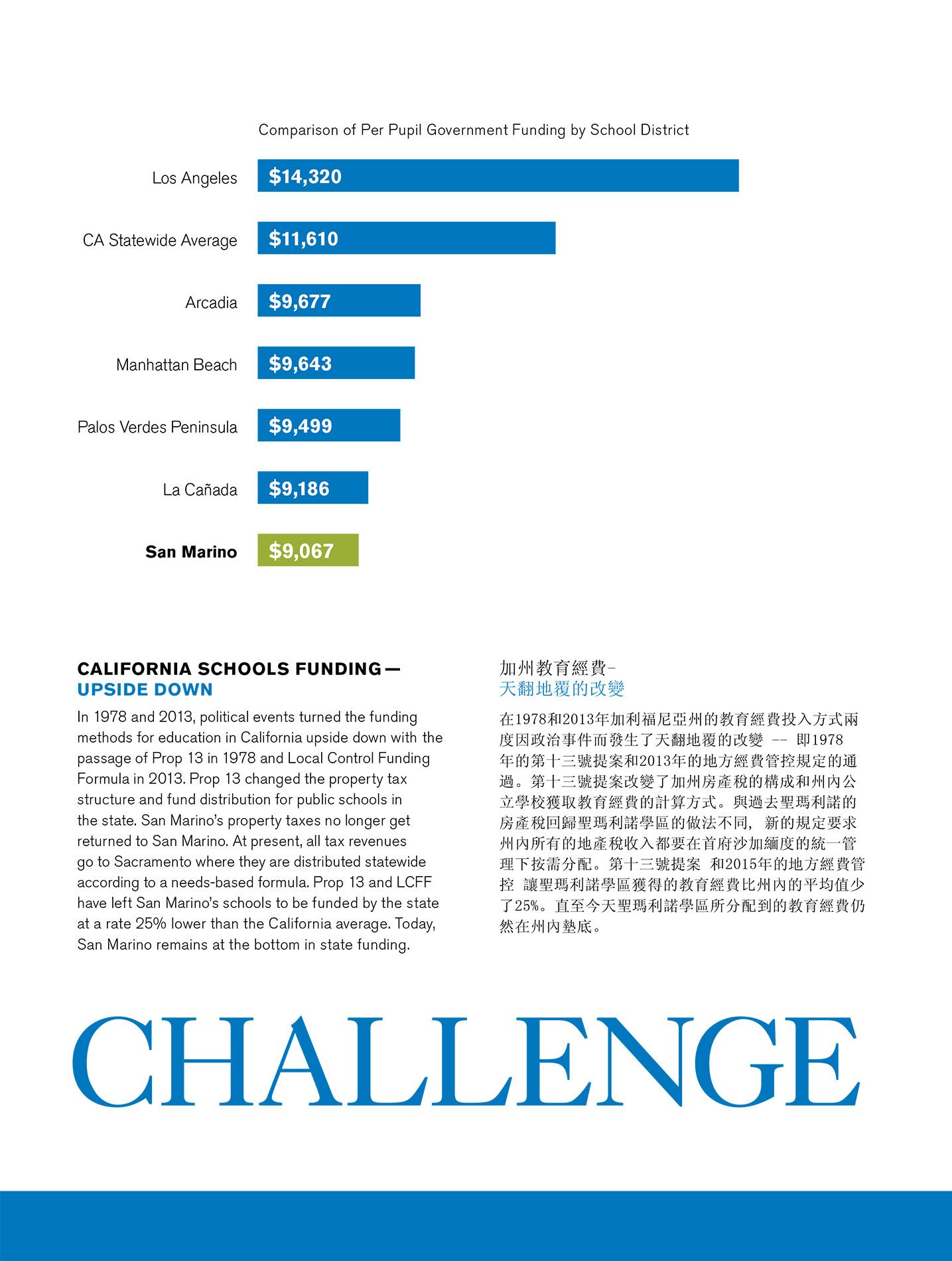